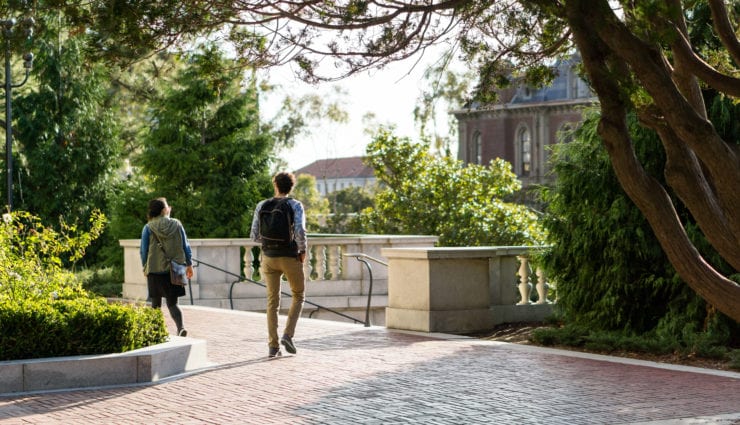 Every year around this time, as the college admissions season begins to heat up, some group inevitably steps forward to take colleges and universities to task for their admissions practices. Inevitably, someone will even say the system is “broken.”

While we understand that the process of applying to college is fraught with anxiety and that just about every high school student applying to college must wrestle with the intensity of the process — doing well in college-prep courses, preparing for and taking admissions tests, gathering recommendations, writing essays, reconsidering all their extracurricular activities, clarifying their future academic focus (their major), then visiting colleges and universities, creating a short list and, finally, applying and waiting for responses — we don’t believe the system is broken.

But it can and should be improved.

Much of the attention in the press is focused on highly selective colleges and universities — on how competitive they are, on how many applicants they reject each year, and on how, in some people’s minds, the process is unfair. As we write this, we’re still waiting for the verdict in the recent U.S. District Court case against Harvard University in which the plaintiffs have argued that Harvard’s policies discriminate against Asian-American applicants.

It’s easy to get caught up in these debates. A recent article in The Atlantic points out that, in 2015, while the colleges and universities that accept fewer than half of all applicants accounted for 19% of all U.S. institutions of high education, they also accounted for 37% of all applications received that year. In other words, the anxiety over college admissions is primarily anxiety about getting accepted at a small percentage of colleges and universities — the ones that, by necessity, have to reject most applicants. The pressure gets even crazier when we look at the most selective colleges and universities, which reject from 80% to 95% of applicants. In 2017, for instance, Boston University had more than 60,000 applicants for around 3,400 slots. Duke University crossed the 34,000 barrier for 1,700 slots while UCLA topped 100,000 for 6,500 slots. Princeton accepted 1,300 out of 31,000 applicants, or 6.5%.

The cultural anxiety is shaped by the belief that acceptance into the most selective colleges and universities is the golden ticket to future happiness and financial success. What is missing from this mindset is the larger truth that admission to and graduation from any high quality college and university is a pathway to a happier and more financially successful life — and that fit for the students matters a great deal. The myopic focus on a small number of colleges and universities amounts to a kind of cultural obsession — or, as Richard Weissbourd, a developmental psychologist and Harvard lecturer, calls it, “a disease.”

To improve the overall college admissions process, we’d like to see a number of changes. For one, we think there should be a much stronger collective effort among all colleges and universities to support each other — and in doing so help keep our nation’s higher education system among the best in the world.

We applaud the majority of colleges and universities for their concerted efforts today to create a holistic admissions process that, while including a clear threshold for academic achievement, also weighs other qualities and attributes that students bring to the equation. In particular, we support colleges and universities that are not only considering individual applicants but also the overall make-up of each class — knowing that a diverse group of students creates a far better learning environment than a monocultural group.

In fact, we encourage all college and universities to worry less about accepting students based on how, collectively, the students might improve an institution’s rankings and more on how they will improve the quality of each admitted class and serve the stated mission of the institution.

In 2016, recent research indicates, 77% of colleges rated GPA in college prep courses and scores on admission tests as highly important. Similarly, they also value subject area test scores (AP, IB), interviews, portfolios, and work experience. In addition, they also noted other factors such as personal qualities and interest of students.

The colleges and universities we admire most are balancing academic achievement with these other personal and societal factors. Admissions offices are weighing talents in extracurricular areas — art, music, athletics, work experiences, community ties, and service. They are considering an applicant’s educational goals, family background, parents’ education, and the hardships a student has had to overcome — especially poverty. They are considering a student’s leadership initiatives, their self-driven efforts at learning. They are looking to discern an applicant’s motivation and ethical character. Are they compassionate and empathetic? Do they demonstrate curiosity and creativity? Do they have strong communications skills? Are they open, supportive people? Do they have core cultural competencies?

Knowing that students learn from each other, colleges and universities are also looking for regional and racial diversity.

In addition, some college and universities are also surveying their students to get a greater sense of how the students are doing — how well the institution is living up to its mission. Does the university support students well across cultural identifiers? Do women feel supported by male professors? Are white professors supported in developing the competencies to support students of color well? Are graduates finding success in life after college?

This is all great news.

However, what we’d also like is for elite colleges and universities to stop adding fuel to the anxiety by deliberately overinflating their value. In other words, we’d love to see these institutions stop trying to drive up the number of applicants only so they can reject them. Pursuing and encouraging rankings such as in U.S. News and World Report is clearly wrong. To be ranked as the most exclusive college  — or one of the top 20 most exclusive colleges — puts a college on the national radar as a highly desirable place. But, in our opinion, it is doing harm to the large goals of all colleges and universities — and we don’t think it is serving these top-rated institutions well either.

This excessive sense of competition between institutions is the one area where we might even say the process is broken. There’s not much Yale and UCLA can do about the numbers of students who decide to apply. But they can offer sane and sage advice to all applicants about the realities of college life. They can make applicants aware of their chances of admission and suggest that they also apply to a range of high-quality colleges and universities that include less exclusive but excellent institutions. In most cases, the alternatives can be a great, or even better, fit. (A New York Times article noted that one of the Asian-American students who was disappointed to be rejected by Harvard acknowledged that he was accepted at Duke and was having a great experience there.)

In short, we’d like to see colleges admissions offices be more collaborative. In this way, they can drive down the anxiety over college admissions and, we’d argue, improve the outcomes all around. The highly selective colleges and universities have a lot of power here. They can continue to ratchet up the competition or be a force for a saner system. A key element is to be clearer with applicants that college is not just about job preparation. It’s also about finding one’s passion and path in life — and about citizenship. Collectively, a well-educated nation is a stronger, better democracy. This, ultimately, is the shared mission of higher education. This is why so many American colleges and universities describe the importance of educating students to be both smart and good. This is also why so many American colleges and universities have a strong research component — work designed to improve knowledge in so many fields as a way to take on cultural challenges and problems and improve of the common good.

While we encourage highly selective colleges and universities to take the lead in refocusing the admissions process so it is fair and humane while also supporting the broader ecosystem of colleges and universities, we encourage less selective colleges and universities to stop chasing rankings and be very clear about aligning admissions practices with institutional mission. There are so many excellent colleges in the nation that deserve greater attention for what they do. We’re thinking particularly about those colleges that have distinctive missions — whether it be on environmental programming or a particular curriculum (i.e., the Great Books, experiential learning) or a focus on first-generation college students. In fact, one public university we know recently decided to stop worrying about U.S. News and World Report rankings because it felt the pursuit of a higher ranking was pulling the institution away from its core mission and was costing money that should go toward scholarships.

All around, the collective goal should be to drive down the anxiety while raising the focus on mission and the larger purpose of education. In addition to supporting each other, we also encourage four-year institutions to speak up from a strong federal student-aid program to help poor students attend college and on behalf of two-year institutions that help students secure valuable professional degrees. Collectively, they can also address key questions of affordability and student retention.

There was a time when colleges and universities were not obsessed with rankings or with how they compare with other institutions of higher education — either in reality or perception. But in recent decades, the pursuit of rankings too often has become the tail wagging the dog. It’s time for this practice to stop and for colleges and universities to strengthen the practices they know will best serve the students, institutions, and society.